I have to say, I had the hardest time with this CSI case. I don't often use purples and I didn't really have anything to say about myself, so I wasn't sure what to do. I'm not sure what prompted me to use the photo of the web, maybe I had the idea of the jewels in my mind as I looked through photos that I have. I also got this cool cut from The Cut Shoppe that reminded me of spider webs. I think it is supposed to be flowers, but then again, I do seem to see things differently than most.

I first cut out a stencil from a sturdy plastic sheet, then filled in with modeling paste. After that was dried, I had a bit of fun with various watercolors. I simply applied really wet paint to the page and then let the drips drip down. I used a plum regular paint and a light purple shimmer paint. Then I took my Shattered Tim Holtz stencil, inked with black distress ink and stamped into some of the circles as well as filled in a bit of white space. They totally look like spider webs! I added some small gems to mimic the water droplets, made a couple of spiders out of black enamel dots and adding legs with a pen. I penned a fun little border around the and over the flowers. I went with a sort of whimsy look to match the look of the stamped webs. To finish off the piece I layered some papers, added the photo and title, bunched up some thread, and wrote a free poem to add to the side. 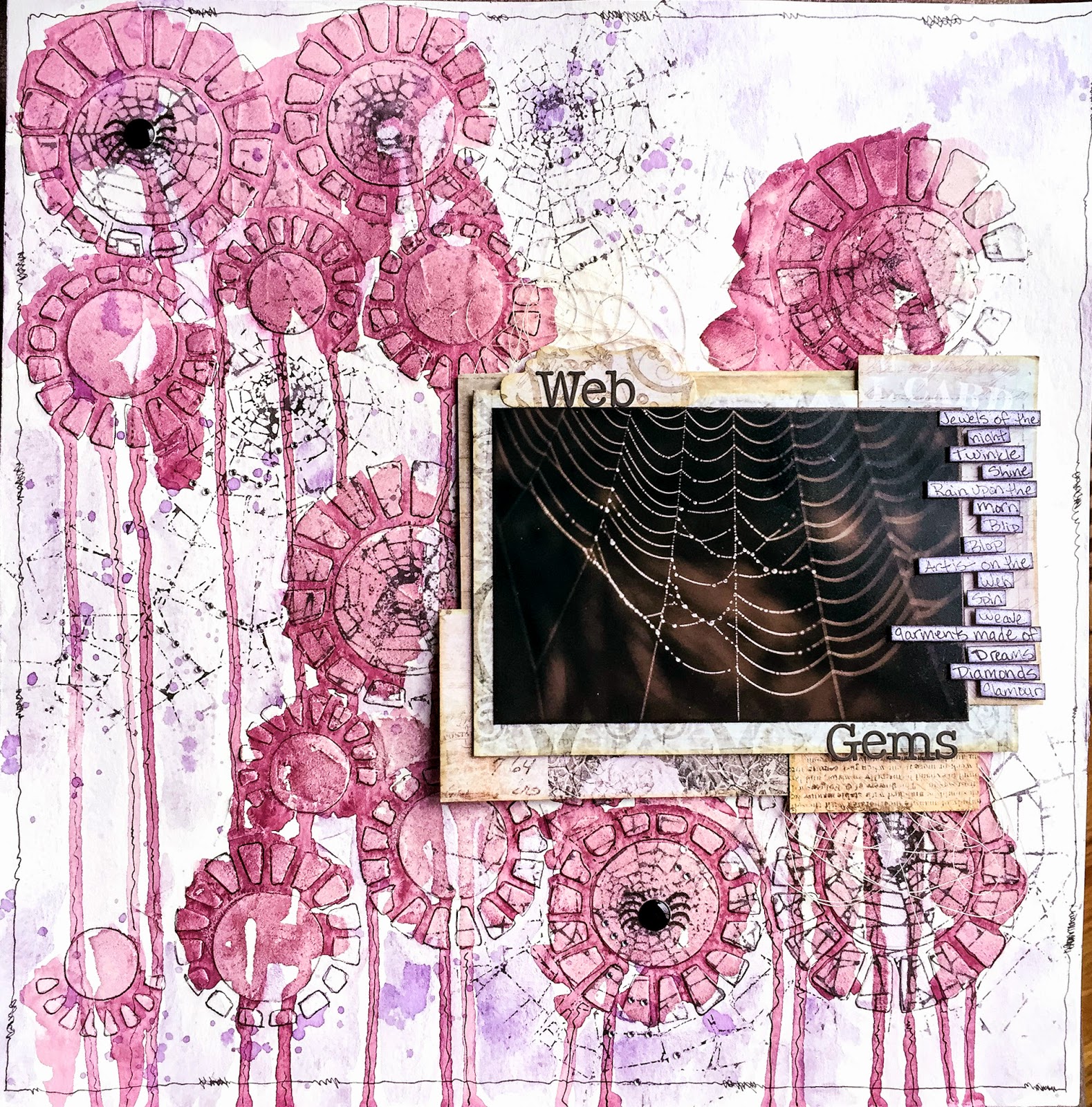 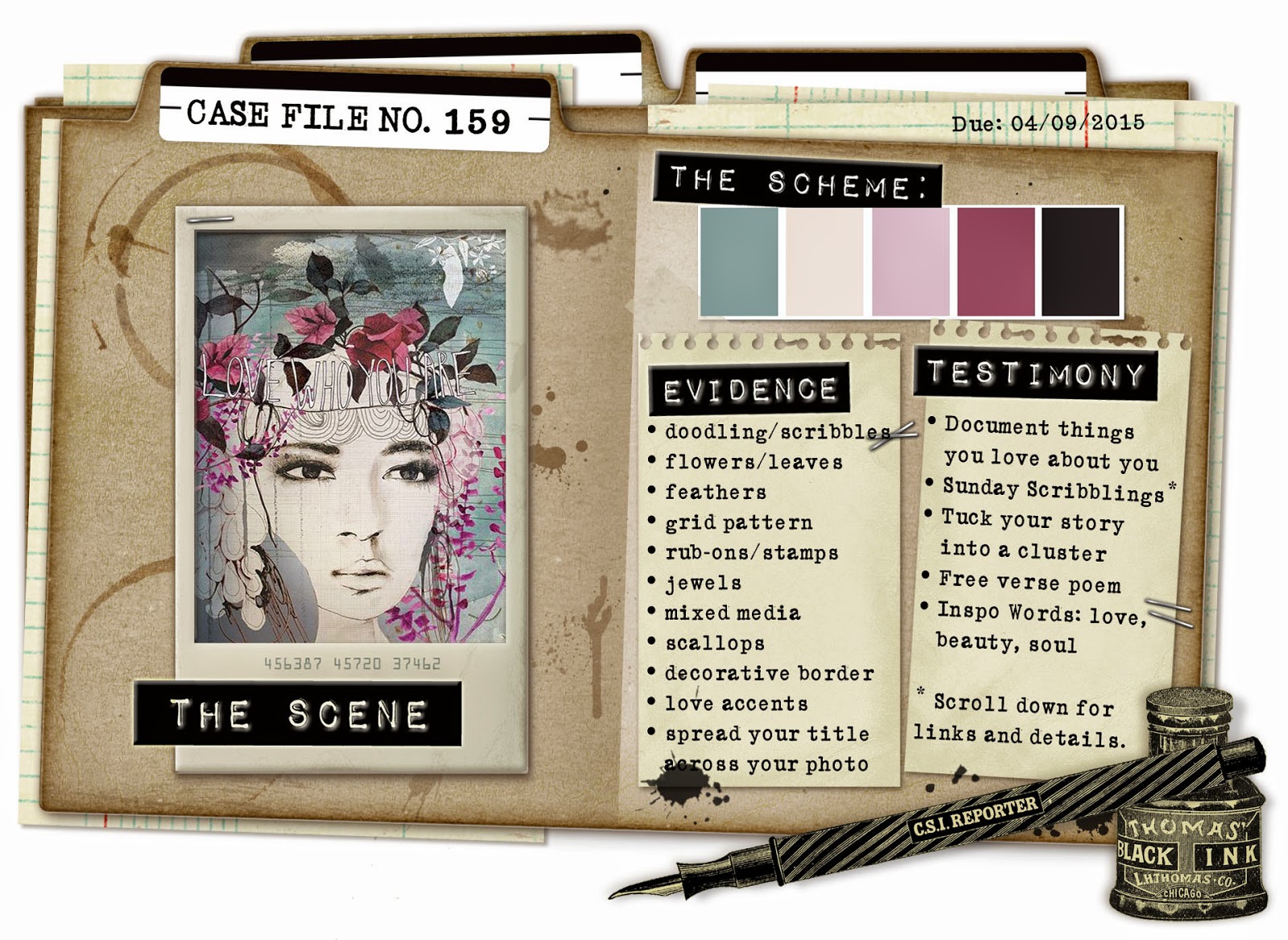 Posted by Moongirl at 3:31 PM No comments:

I really liked the interesting color combo this week at CSI. The pretty blue with the more subtle earthy tones is really striking. I had a hard time trying to decide which photos to use though, so I went through some of the journal prompts at the Rainbow Elephant sight. One of the prompts was to use photos that move you. I knew right away what I wanted to scrap.

My husband and I took a little trip to San Fransisco just before Christmas. One morning we took the ferry over to Alcatraz Island. He had never been and I thought he would really enjoy it. As we finished up the tour, I noticed that the hospital wing was open. It hadn't been open the previous times I had been there, so we went to check it out. It was a really strange experience. Almost like you could feel the ghosts of past inhabitants. It was a bleak, dingy, stark environment and I remember wondering how on earth anyone could actually heal in this sort of environment. It was very creepy. One of the sights that moved me most was that operating table just visible through the doorway. I was very moving. Not sure why, just was. Maybe it was just the coldness of everything. Here they were, out on a rock in the middle of the bay, ill, needing healing care, and they had to find comfort in this cold institutional setting.

I tried to make my piece look very old, worn, distressed, broken down to match the mood and look of the place. I used a mix of script stamps, paste and torn up tape, finishing off with a heap of thread and torn tape.

Testimony is to use photos that move you, "These photos really touched something in me. I can't imagine trying to heal in such a harsh, inhospitable place." 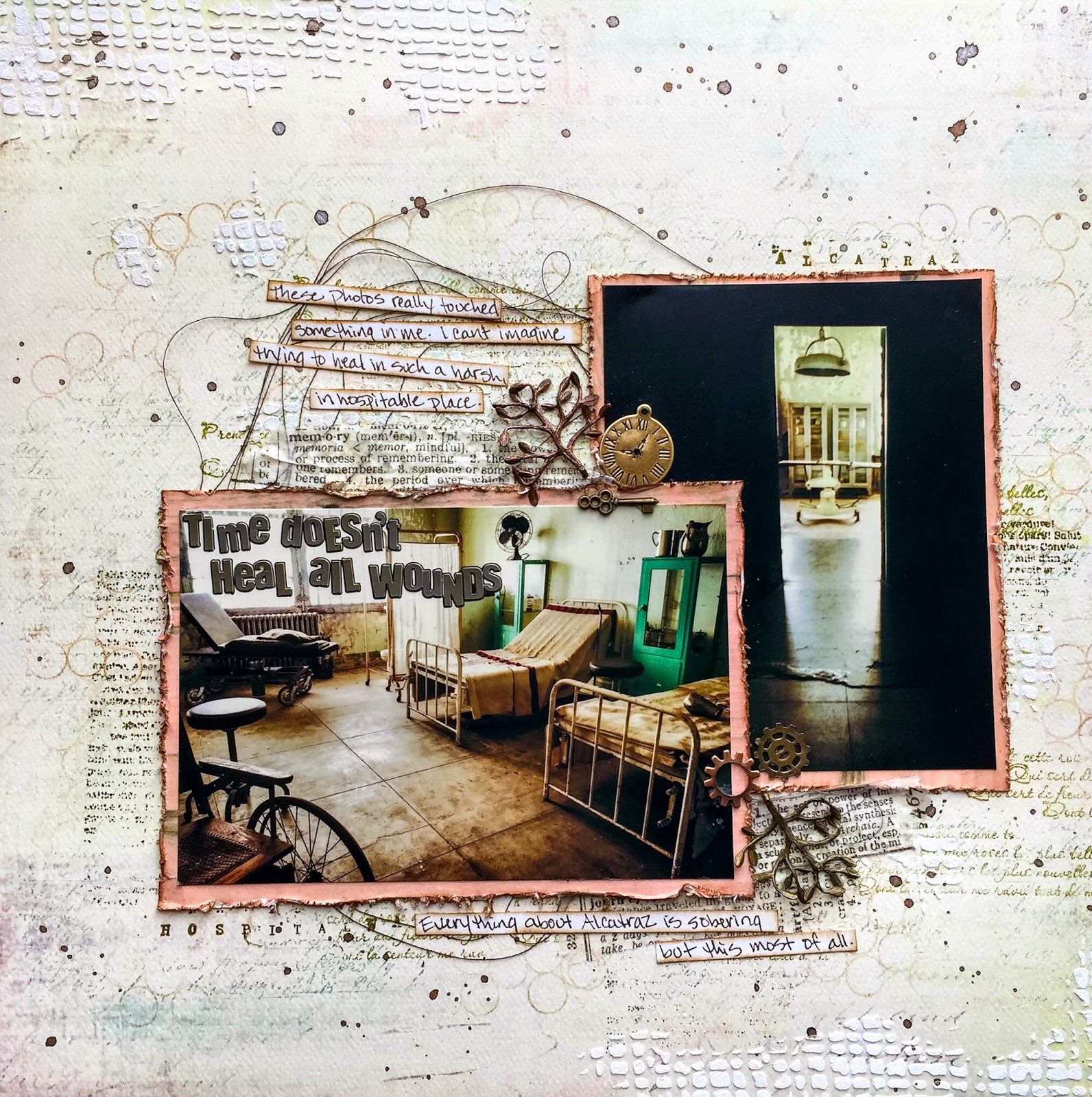 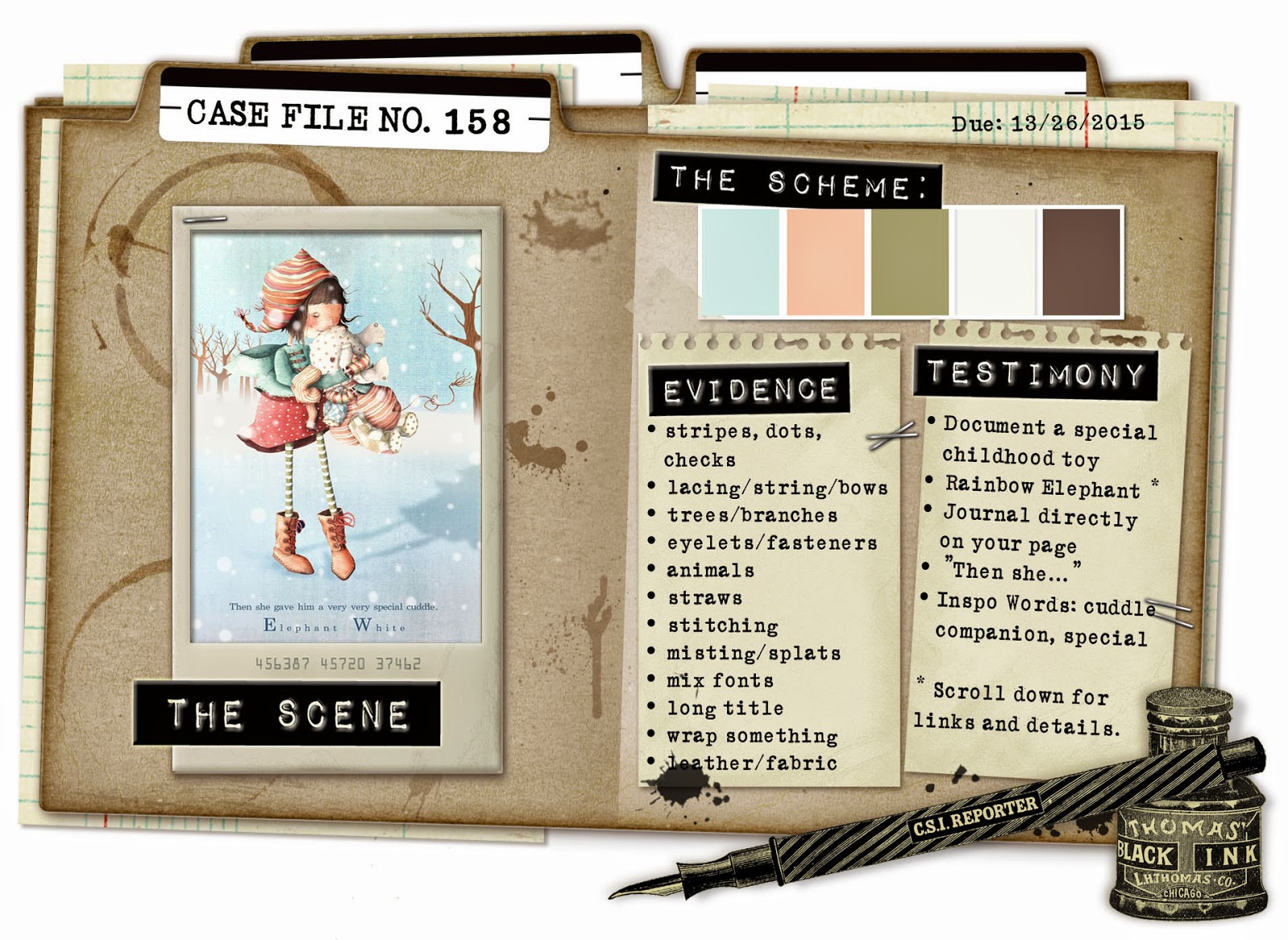 Week 7 at Journal 52 brought us the prompt Valentines. Valentines Day isn't a huge deal here. We are some of those that don't need an advertisment national holiday to express what we mean to each other, but it was still fun to think about and make a journal page on love and relationships. I found this quote on Pinterest and just loved it. It so says how I feel about my husband. 28 years later, I would still choose him.

For my background, I cut out a stencil from the Addicted to Love cut from The Cut Shoppe. I knew when I first saw it that it would make a great stencil. I then added gel medium through the stencil, waited for it to dry, sprayed red spray ink on one end and using my spray bottle, made an ombre effect.  Then I went about adding layers of shadow and texture. I used a script stamp over the topand inked the edges of the page and a lot of the heart circles with black distress ink. I cut out the heart from the Sweet Hearts file out of watercolor paper and added distress inks in purple, lilac, and black, then added script stamping on top. I backed the word cutouts with black paper and filled with Stickles. I used the word positives as an additional point of interest up at the top. I colored them with ink and outlined with a fine black pen. Layer a few pieces of lace under the heart, add some wood embellishments, and sprinkle with some cranberry ink, and you have the finished piece. 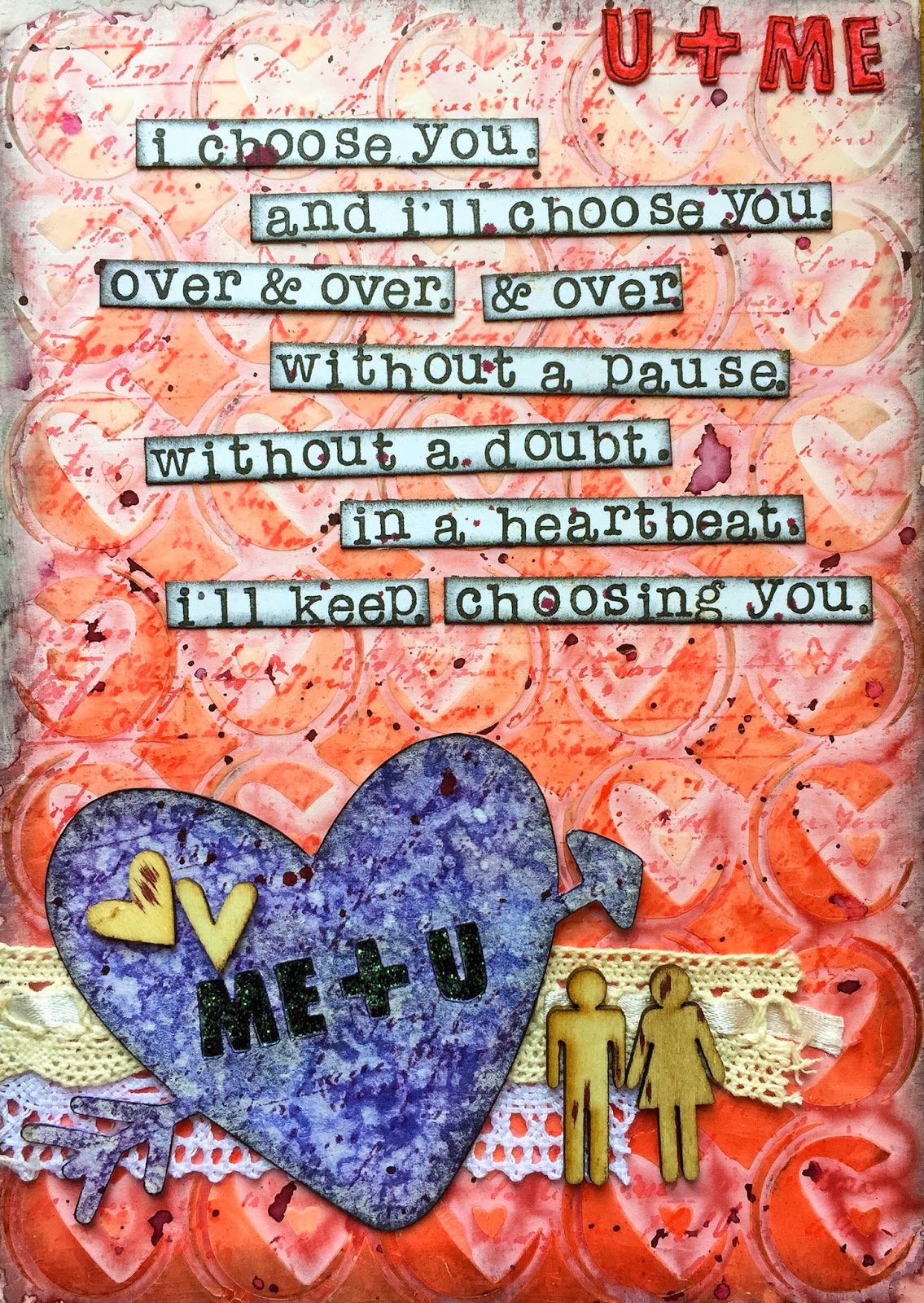 Posted by Moongirl at 9:39 AM No comments:

I can't believe we are already into March CSI cases already! I loved the fun colors of this case and the inspiration photo is adorable.

I went with the selfie prompt. I had just recently taken this selfie of my husband and I headed out on a road trip and I thought it would be perfect for this case. The Polaroid frame and circle cut are from The Cut Shoppe and were perfect for this layout. The circle shape is a camera shutter and I love the heart in the middle. Reminds me of spending time with someone I love and documenting the fun we have, so I added clock hands to it to represent time spent. I pulled out some papers from a couple of Studio Calico travel collections, one of which is just full of these magnetic word type boxes. I paired cut out ones with stamped words using my dial a letter stamp for my journaling. Love how interesting that turned out! The sketch was super cute, but I only had one photo and wanted to use the frame, so I cut down the photo clusters and the circle became an embellishment. Since I only used one of the clusters, I added a bunch of banners that I just hand cut without much thought of being perfect.

Testimony is on my selfie and the adventure it represents. "Let's go on an adventure just you + me. Let's explore and see the world so go away with me please today and everyday. Road trip San Fran Dec 15 2014" 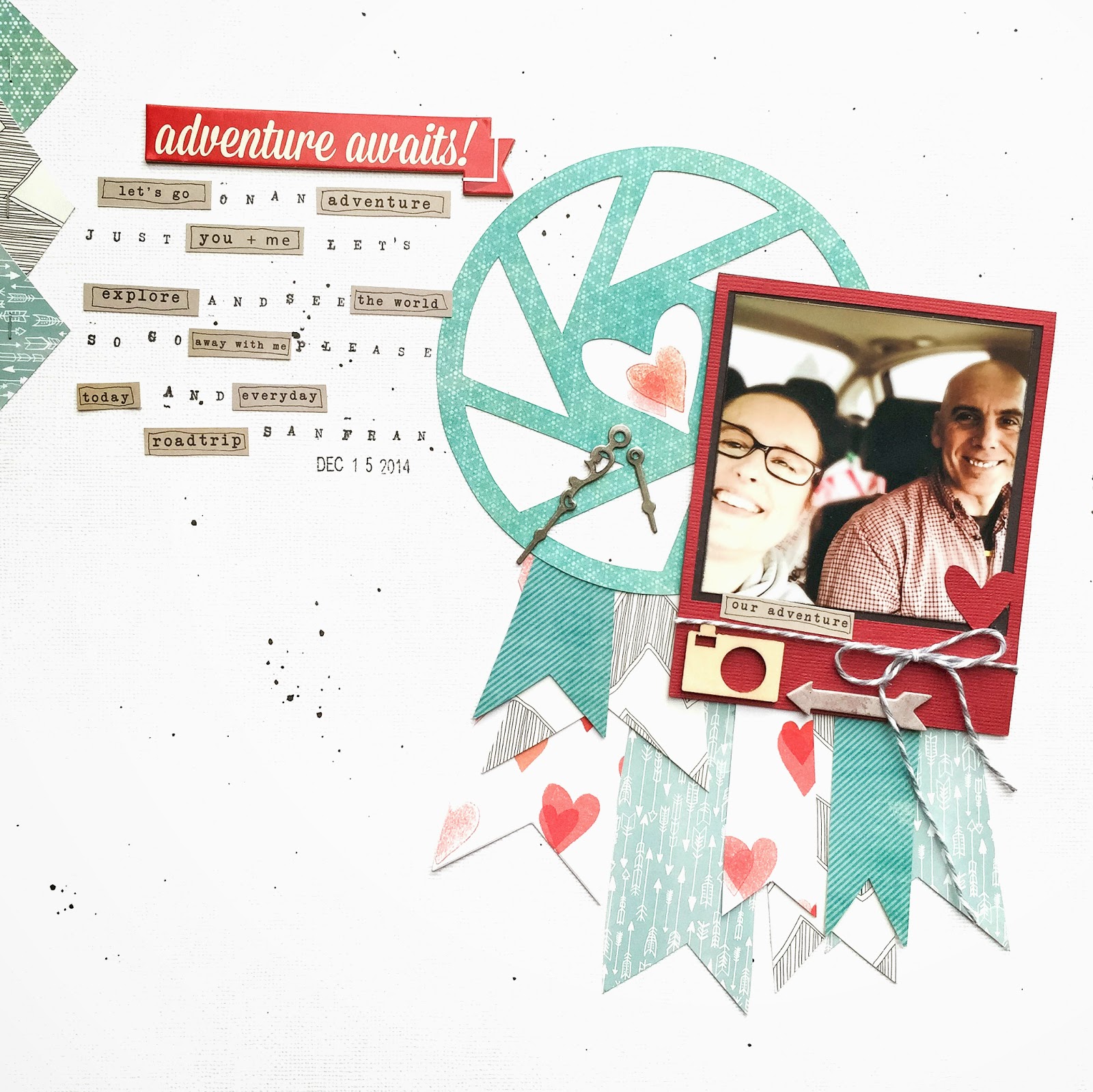 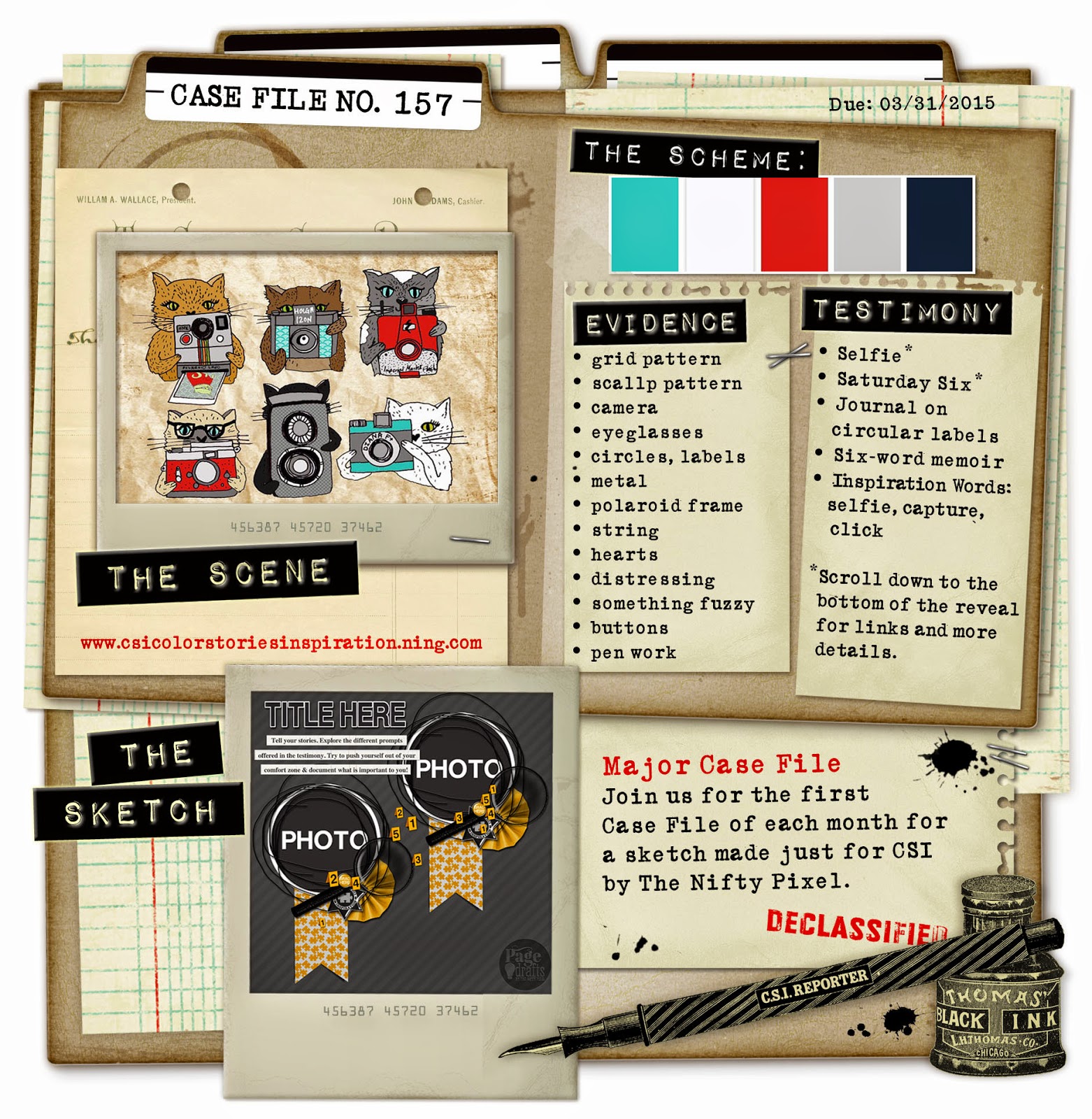 Come play with us, this case is open all month and we have some fabulous prize sponsors this month. Will you be the next prize winner? 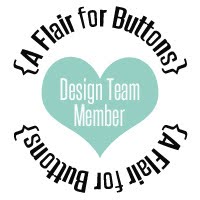 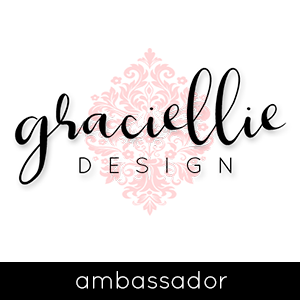 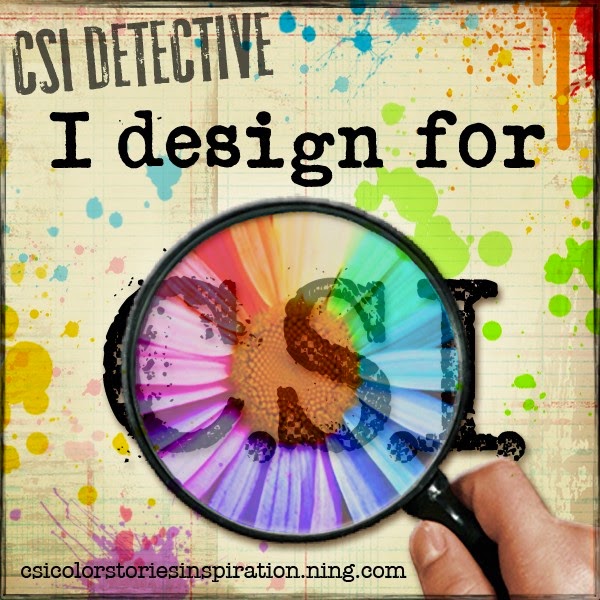